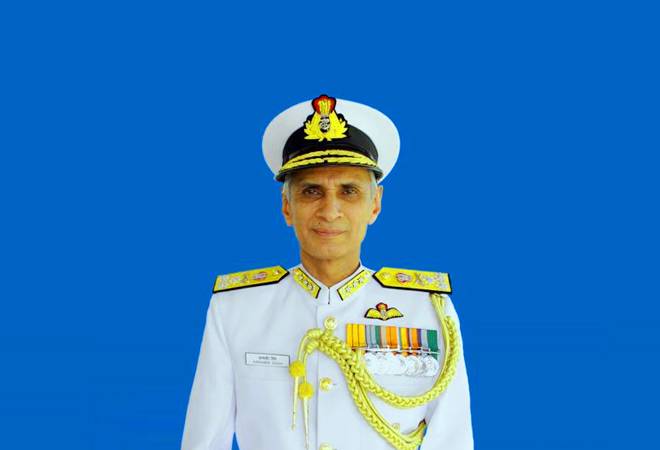 The government has appointed Vice Admiral Karambir Singh as the next Chief of the Naval Staff (CNS). With the announcement, the government has for the second time overlooked the seniority principle in service chief appointments.

Vice Admiral Singh will take over as the 24th Navy chief from incumbent CNS Admiral Sunil Lanba, who is set to retire on May 31 on completing three years in office. He is currently the Flag Officer Commanding-in-Chief (FOC-in-C) of Eastern Naval Command headquartered at Visakhapatnam.

Vice Admiral Karambir Singh is the current Flag Officer Commanding in Chief (FOC-in-C), Eastern Naval Command of the Indian Navy. His other important flag appointments include Chief of Staff of the Tri-Services Unified Command at Andaman & Nicobar Islands and as the Flag Officer Commanding Maharashtra and Gujarat Naval Area (FOMAG).

In a service spanning nearly 39 years, he has served in a variety of command, staff and instructional appointments. “Commissioned into the Indian Navy in July 1980, Vice Admiral Singh earned his wings as a helicopter pilot in 1982 and has flown extensively on the Chetak and Kamov helicopters in support of fleet operations,” the Navy said in a statement.