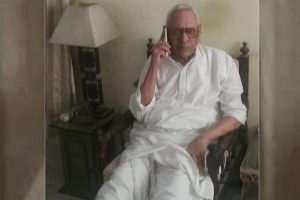 Veteran journalist and Tamil Nadu Chief of news agency ANI E Gopinath passed away in Chennai at the age of 88. One of the longest-serving journalists of Independent India, Gopinath started his career as a scribe around 60 years ago. He covered the first general elections in India after its independence for the Press Trust of India (PTI) and was active till the recently concluded general elections.

The veteran journalist was associated with ANI for the last 30 years as the head of ANI Tamil Nadu. He was the first Indian journalist who interviewed Cuban revolutionary Che Guevara and the long-serving communist leader of the country Fidel Castro.

Gopinath was one among the few longest serving professionals who dedicated themselves to the field of journalism, purely driven by the people-centric aspect of this fourth pillar of democracy. An intellectual and a journalist without parallel, he trained many, inspired many more and his death has left a void in the field of journalism which will be hard to fill.