India’s Universal Immunisation Programme (U.I.P.) is one of the largest in the world in terms of quantities of vaccine used, the number of beneficiaries, the number of Immunisation session organised, the geographical spread and diversity of areas covered. The national policy of Immunisation of all children during the first year of life with DPT, OPV, BCG to complete the series of primary vaccination before reaching the age of one year was adopted in 1978 with the lunching of EPI to increase the Immunisation coverage in infancy to 80%.

Universal Immunisation programme UIP was launched in 1985 in a phased manner. 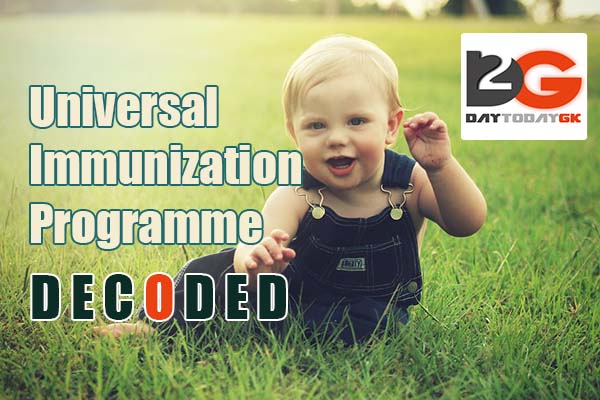 The measles vaccine was added in 1985 and in 1990 Vit A supplementation was added to the program. It became a part of Child Survival and Safe Motherhood Programme in 1992 and is currently one of the key areas under National Rural Health Mission(NRHM) since 2005. The program consists of vaccination for nine diseases- tuberculosis, diphtheria, pertussis (whooping cough), tetanus, poliomyelitis, measles,Hepatitis B, Diarrhoea,Japanese Encephalitis and Pneumonia. Hepatitis B was added to the UIP in 2007. Thus, UIP has 9 vaccine preventable diseases in the program. 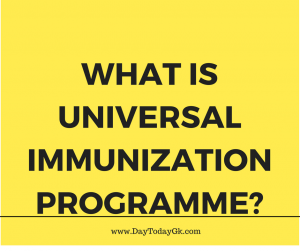 The Vaccination Schedule under the UIP is:

In 2014 it was announced that four vaccines were added to the program, namely rotavirus, rubella and Japanese encephalitis, as well as the injectable polio vaccine. In addition, Japanese Encephalitis (JE vaccine) vaccine was introduced in 112 endemic districts in campaign mode in phased manner from 2006-10 and has now been incorporated under the Routine Immunisation Programme.