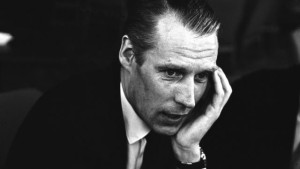 Record producer Sir George Martin, known as the “fifth Beatle”, has died, aged 90. Martin died “peacefully at home” in England. Sir George signed The Beatles and produced more than 700 records.  Martin worked with countless others over a career that spanned decades, including Peter Sellers, Shirley Bassey, America, Cheap Trick, Jeff Beck and Celine Dion. But his fame, and his influence, rests on the seven years he spent with the Beatles, the most successful group in music history — a group Martin helped propel to the top spot with his musical expertise, tasteful arrangements and willing experimentation.

George Henry Martin was born in London on January 3, 1926. He took an interest in music from an early age, teaching himself piano and becoming enraptured by radio broadcasts of orchestras. By the time he was 15, he was running a small band, George Martin and the Four Tune Tellers.

In his later years, Martin — with his fine white hair and beautifully tailored clothes — was a treasured figure on Britain’s music scene. He played a prominent role at Queen Elizabeth II’s Golden Jubilee concerts in 2002, leading a cheer of “hip, hip hooray” in her honor, and was sometimes seen at Royal Festival Hall when Brian Wilson performed. Martin is survived by his wife Judy and four children from two marriages.