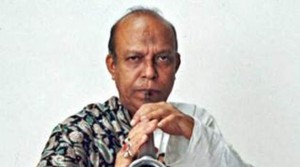 Eminent Shehnai exponent Ustad Ali Ahmad Hussain Khan, one of the best-known players of the instrument after the legendary Bismillah Khan, passed away in Kolkata following prolonged illness. Suffering from kidney-related problems, he was hospitalised for the past few days. He was 77 and is survived by his five sons, five daughters and a number of grandchildren. Ustad Khan was felicitated with the Sangeet Natak Akademi Award for his contribution to Hindustani instrumental music.