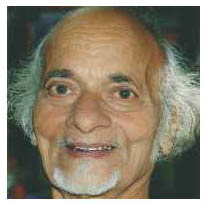 Distinguished Hindi writer, activist, thinker and cultural personality Mudrarakshasa passed away following a prolonged illness in Lucknow. He was 82. He has about 30 stage productions to his credit and his works of theatrical criticism include Rang Bhumikayen and a book on Nemichandra Jain.