Na Bangladesh na Pakistan, meri asha arman, wo pura pura Hindustan, main usko dhoond raha hoon (neither Pakistan nor Bangladesh, my hope my wish, that complete India, I am searching for it)”.

This highly emotional verse was publicly recited by a Muslim poet of India, Mohammad Akmal. What a BJP leader has now said about reunification of the subcontinent is nothing different. It is a pious (religious) hope and must be appreciated in its true spirit, no matter who has expressed it. 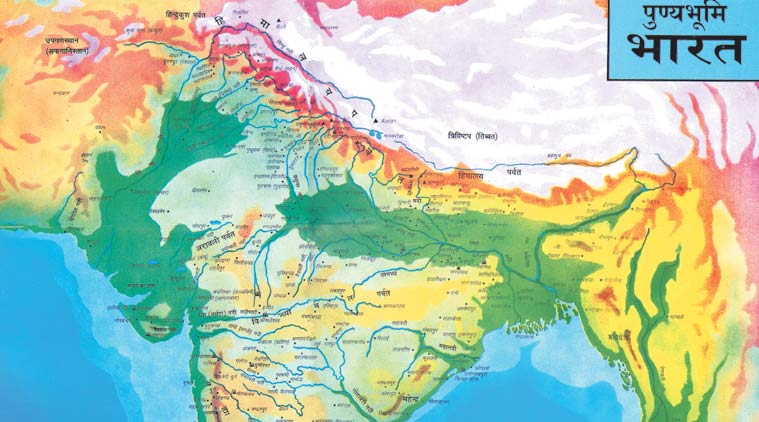 RSS has brought out a map called ‘Punyabhoomi Bharat’ in which Afghanistan is called “Upganathan”, Kabul “Kubha Nagar”, Peshawar “Purushpur”, Multan “Moolsthan”, Tibet “Trivishtap,” Sri Lanka “Singhaldweep” and Myanmar “Brahmadesh”, among others. A caption, in Sanskrit, below the map reads, “All that’s south of the Himalayas and north of the Indian Ocean is Bharat”.

Partition was unjustifiably demanded in the name of religion and unreasonably conceded for political convenience. It could and should have been avoided at the cost of a few years’ delay in becoming independent. The rulers of the newly created “Islamic republic” chose to sacrifice democracy and human rights at the altar of a misconceived (misguided) religion-politics mix. Soon, they paid the price in the form of another partition, showing that the bonds of language were stronger than religious affinity. Carved out of the subcontinent unnaturally, both the artificially created nations have faced serious problems of all kinds — military rule, suppression of democracy, communal politics, sectarian violence, increasing crime, and so on.

Sikhs and Muslims were the worst sufferers of the catastrophe (disaster) of Partition. While the former migrated from the other side of the artificial borders en masse, leaving behind their sacred places, the latter faced a cruel division of their blood ties — parents separated from children, sisters from brothers, the elderly from the young. People now have to run from pillar to post to obtain a passport and visa for a journey “abroad” — for Sikhs, in order to pray at their shrines, and for Muslims, to see their kith and kin. This is indeed a tragedy of our self-created history. Muslims have often missed family marriages and funerals and been compelled to wait for long years, take long and circuitous (A circuitous route is long and complicated rather than simple and direct) travel routes at exorbitant (excessive) expense, to be with their near and dear ones for a few days.

India has never forgiven the creation of Pakistan, and Pakistan has always looked at India as an enemy. After all these years, mutual mistrust and misgivings have not died out. Every sincere attempt at reconciliation and peaceful relations falls flat. Despite a Nehru-Liaquat Pact, a Simla, an Agra, and so on, political policies on both sides have kept the strife (conflict) alive.

Everybody in India looks at Partition as a historical blunder. Many in the other two countries agree that it was an awfully unwise move and life would have been happier in a united India. Consider this Urdu couplet of a Pakistani poet: “Agaye soo-e-haram wa’iz ke bahkaney sey ham, warna razi ham sey butkhana tha butkhaney se ham (misled by religious sermonisers, we came to this mosque, otherwise the temple was happy with us and we with the temple)”. Undoing that Himalayan blunder of history and becoming a single nation may be a utopian (idealistic) scheme, but we must bring back peace to our part of the world. The road to this noble goal lies in the formation of a strong federation.

Some other artificially partitioned countries have reunited. Can the people of the subcontinent, a single nation not too long ago, not tread the same path of sanity (reasonably) by uniting at least in the form of a confederation? We share a common history and geography, social traditions, philosophies and psychology, thinking and attitudes, ways of responding and reacting to particular situations. All three nations share the rich and glorious heritage of the same major religions of the world — Hinduism, Buddhism and Islam. For centuries, our three countries have been ruled by European colonial powers and so we share a common legacy of legal and judicial systems. With the legal framework having so much in common, is it really so difficult to make the subcontinent a friction-free society in which all people can live a peaceful and dignified life of mutual trust, friendly relations and unbroken family ties?

We may not realise this rather wild dream in the near future but let us sow the seeds to be reaped by the next generation of the subcontinent’s citizenry.

The writer is a former chairperson, National Commission for Minorities.

Hint: emphasizing that it is much greater than it should be.
Click here to View Answer
Ans: Exorbitant -> Excessive