Ray Tomlinson, the inventor of email and the man who picked the @ symbol for addresses, has died aged 74. The tech world reacted with sadness over the passing of Tomlinson, who became a cult figure for his invention in 1971 of a program for ARPANET, the Internet’s predecessor, that allowed people to send person-to-person messages to other computer users on other servers. 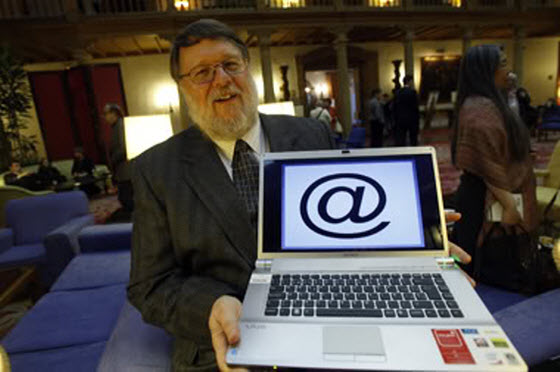 Originally from Amsterdam, New York, Tomlinson went to school at the Rensselaer Polytechnic Institute and MIT in the 1960s, and was working at research and development company Bolt Beranek and Newman – now Raytheon BBN Technologies – when he made his email breakthrough.

The program changed the way people communicate both in business and in personal life, revolutionising how “millions of people shop, bank, and keep in touch with friends and family, whether they are across town or across oceans”, reads his biography on the Internet Hall of Fame website.

According to a 1998 profile in Forbes magazine, Tomlinson showed a colleague his invention and then, famously, said: “Don’t tell anyone! This isn’t what we’re supposed to be working on.” Tomlinson once said in a company interview that he created email “mostly because it seemed like a neat idea”. The first email was sent between two machines that were side-by-side, according to that interview.

Tomlinson chose the @ symbol to connect the username with the destination address and it has become part of the international language of communication.

Kuzman said Tomlinson was looking at the keyboard and needed something that would not otherwise be part of the address and that seemed to be a logical solution.

In 2000, he received the George R. Stibitz Computer Pioneer Award from the American Computer Museum. From there followed honors that included a Webby Award from the International Academy of Digital Arts and Science, and an Innovation award from Discover magazine, and the Eduard-Rhein Cultural Award, according to his biography.