In a major boost to bilateral security cooperation, China and India have agreed to actively exchange intelligence on terror groups and their activities through a dedicated communication channel. A comprehensive joint statement issued after talks between Home Minister Rajnath Singh and top Chinese leaders. China and India also agreed to “coordinate positions on anti-terrorism endeavours at regional and multilateral levels and supporting each other” and promote “exchanges by groups of counter-terrorism experts to discuss counter-terrorism cooperation”. 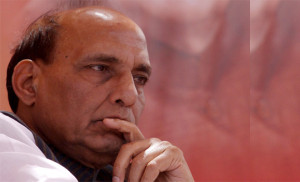 This kind of cooperation would provide a major boost to the security cooperation between the two countries to share intelligence and analyse operations on regional and international terror groups and it would be of great value. The joint statement also referred to the formation of the new security mechanism headed by the two Home Ministers which will meet every two years to review security issues between the two countries and the formation of an official committee headed by a Joint Secretary and Director General-level official to conduct an annual review.

Modi thanked Li for a very fruitful outcome of Singh’s talks here with Chinese officials in the last three days. Besides terrorism, the two sides agreed to enhance cooperation in exchanging experiences on anti-hijacking, hostage situations and other terrorism related crimes.

China and India will support and encourage participation in the training courses and seminars held by each side for the officers from both sides. During his visit to Beijing, Singh visited China’s Public Security University and a security research centre which has about 1,200 researchers studying a host of security related issues.