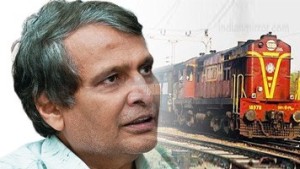 Union Railways Minister Suresh Prabhu inaugurated the landmark Silchar-Lumding broad gauge rail line in Assam. Prabhu flagged off a passenger train from New Delhi via video-conference. The rail line brings Assam’s underdeveloped but strategically important Barak Valley on the broad gauge map. The rail line would accelerate development, as it is the lifeline of Barak Valley and Tripura, Manipur and Mizoram.

The Lumding-Silchar Gauge Conversion Project under the Northeast Frontier Railway was sanctioned in 1996-97 and was declared a National Project in 2004. The project was hit by insurgency from 2006 to 2009. The Territorial Army had to be deployed to take on the insurgents. The line passes through 21 tunnels and has 75 major bridges and 340 minor bridges along the track.