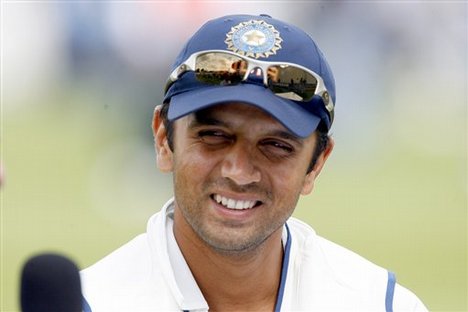 Former India captain Rahul Dravid has been appointed as Head of Cricket at the National Cricket Academy (NCA), the BCCI has announced. Dravid was supposed to take over as NCA head from July 1 but his job at the India Cements caused the delay. The Committee of Administrators (CoA) asked Dravid to relinquish his post as vice-president of India Cements or be on leave until he completes his tenure.

India Cements then sent him on leave to avoid conflict of interest. The BCCI did not specify the tenure of appointment for Dravid, who will also be responsible for monitoring progress of the developmental teams and provide necessary inputs on the same to the senior men’s and women’s head coaches.

The former cricketer is also the head coach of India’s under-19 and India A team. He has helped in grooming young talent such as Rishabh Pant and Prithvi Shaw among others. Former India pacer Paras Mhambrey and Abhay Sharma remained part of the junior team support staff.