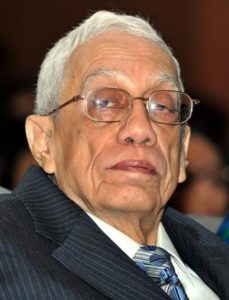 Neil O’Brien, a pioneer of quizzing in India and leader of the Anglo-Indian community, passed away at the age of 82. Neil O’Brien, former MP of the Lok Sabha and erstwhile member of West Bengal Assembly is survived by his wife and three sons. One of the first quiz masters Neil O’Brien had conducted the first well-organised, formal quiz in 1967 at Christ the King Church Parish Hall in the city.

He served as the chairman of CISCE, an all India examination body, which conducts the ICSE and ISC Examinations from December 1993 till July 2011. Mr. O’Brien also held the post of chairman of Council for the Indian School Certificate Examinations (CISCE). As a leader of the Anglo-Indian community, he was the president-in-chief of All-India Anglo-Indian Association and headed the Frank Anthony group of schools.

Neil Aloysius O’Brien was born (May 9, 1934), brought up and educated in Calcutta. His love for reading and writing reflected in a brilliant academic career. A ranker and university topper, O’Brien was a Master of Arts in English literature from Calcutta University.

O’Brien was managing director of Oxford University Press in India. Find Out, Bengali Encyclopaedia-cum-Quiz, 1500 General Quiz Book, 1500 Literature Quiz Book and Quizzical were among the books he published. He also wrote columns in The Asian Ageand The Statesman.