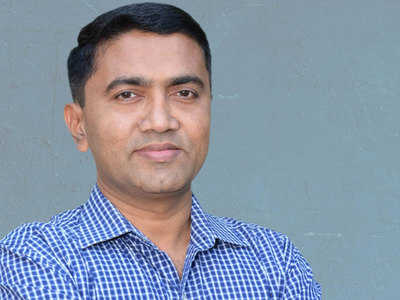 Goa Speaker Pramod Sawant was sworn in as the 13th chief minister post-midnight after BJP got letters of support from its allies on the assurance that both Goa Forward Party president Vijai Sardesai and Maharashtrawadi Gomantak Party leader Ramkrishna Dhavalikar would be made deputy chief ministers.

He was given the oath of office and secrecy at Raj Bhavan by Goa Governor Mridula Sinha. Along with the Chief Minister, Sudin alias Ramkrishna Dhavlikar of Maharashtrawadi Gomantak Party (MGP) and Vijai Sardesai of Goa Forward Party were sworn in as Deputy Chief Ministers. The entire Cabinet of Manohar Parikkar has been retained.

The BJP-led alliance has a strength of 21 which included 12 of BJP, three each of MGP and Goa Forward Party and three Independents in the truncated House of 36 (40). The Opposition Congress has 14 MLAs while Nationalist Congress has one.

Sawant represents the Sanquelim constituency in the Goa Legislative Assembly and is a member of the Bharatiya Janata Party. He is a Ayurveda practitioner by profession.