Home » APJ Abdul Kalam » One LEGEND is dead another one is BORN!!

Can you recall this day?? The great great memorable and a black day for our nation, that happened a year back. Yes, today is the first death anniv-ersary of our missile man. And today is the day to salute the Missile Man of India, People’s president, Scientist, Son of India Dr. Avul Pakir Jainulabdeen “A. P. J.” Abdul Kalam. His loss cannot be replaced but his ideas can be used and reinvented. As young aspirants we are the one responsible to make his dream come true and make our India a developed Nation. Only in India the working age group is so so high, it is our duty to contribute to our Nation. 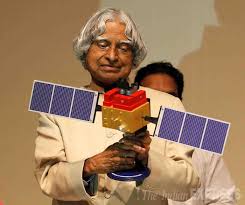 On this day, last year, APJ Abdul Kalam was delivering a lecture at the IIM-Shillong when he collapsed and died in a hospital shortly afterwards. On this day, we remember the People’s President and his exemplary life. Here are a few lesser known facts about him: 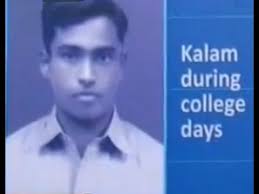 Avul Pakir Jainulabdeen “A. P. J.” Abdul Kalam was born on 15 October 1931, was the 11th President of India from 2002 to 2007. A career scientist turned politician, Kalam was born and raised in Rameswaram, Tamil Nadu, and studied physics and aerospace engineering. He spent the next four decades as a scientist and science administrator, mainly at the Defence Research and Development Organisation (DRDO) and Indian Space Research Organisation (ISRO) and was intimately involved in India’s civilian space program and military missile development efforts. He thus came to be known as the Missile Man of India for his work on the development of ballistic missile and launch vehicle technology.He also played a pivotal organizational, technical, and political role in India’s Pokhran-II nuclear tests in 1998, the first since the original nuclear test by India in 1974.

Kalam was elected as the 11th President of India in 2002 with the support of both the ruling Bharatiya Janata Party and the then-opposition Indian National Congress. Widely referred to as the “People’s President,” he returned to his civilian life of education, writing and public service after a single term. He was a recipient of several prestigious awards, including the Bharat Ratna, India’s highest civilian honour. 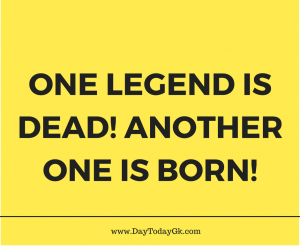 Kalam was the youngest of five siblings. He was extremely close to his elder siblings and their extended families throughout his life, and would regularly send small sums of money to his older relations, himself remaining a lifelong bachelor. Religion and spirituality were very important to Kalam throughout his life. In fact, he made his own spiritual journey the subject of his final book, Transcendence: My Spiritual Experiences with Pramukh Swamiji. In his book India 2020, Kalam strongly advocated an action plan to develop India into a “knowledge superpower” and a developed nation by the year 2020. He regarded his work on India’s nuclear weapons programme as a way to assert India’s place as a future superpower. 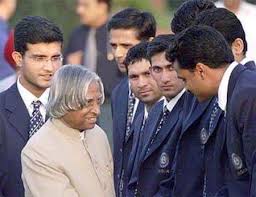 For the Indian army, A.P.J Abdul Kalam designed a mini helicopter. Major breakthrough came when he was transferred to ISRO catering to the project of SLV-III. Being the representative of TBRL, he acted as the representative of Smiling Buddha which was the first nuclear test to be conducted. In 1980s, his extensive research work and development brought many accolades and laurel to his name. From July 1992 onwards he served as the Chief Scientific Adviser to the then Prime Minister. His role in the field of technological and political field is remarkable during the nuclear tests of Pokhran-II. 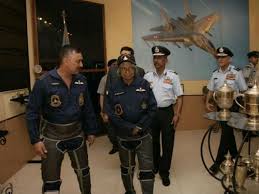 A.P.J Abdul Kalam won the election of President in 2002 by surpassing mammoth votes. His term as President was from 25 July 2002 to 25 July 2007. He was backed by the parties of National Congress and Samajwadi Party. It was an easy victory for him and he became the 11th President of India. He received the highest civilian honour Bharat Ratna and the third person to do so. Occupying the seat of Rashtrapati Bhavan he was indeed the first bachelor and the first scientist as well. However, in 2012 he declined for the role of President for the second term.

After retiring from the post of scientific adviser in 1999, his main mission was to interact with as many as 100,000 students. He felt the joy in meeting with the youth of the country particularly the high school students. He found a way to ignite their mind for the development of India. 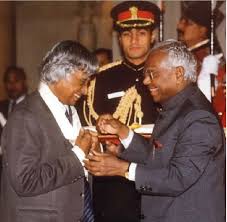 A tribute to Missile Man:-

A life-size statue of former president Dr APJ Abdul Kalam was unveiled at Peikarumbu in Rameswaram on the occasion of his first death anni-versary. 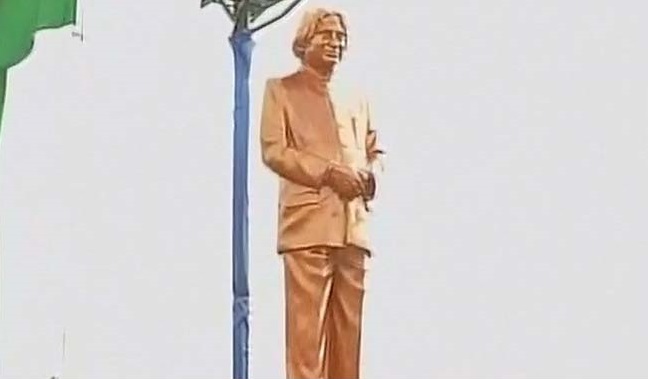 A salute to Dr APJ Abdul Kalam a great scientist, an inspiring leader and, above all, an extraordinary human being. The human side of Kalam’s personality was as legendary as his scientific acumen. He can neither be forgotten nor replaced!!