What is a News Agency?

A news agency is an organization that gathers news reports and sells them to subscribing news organizations, such as newspapers, magazines and radio and television broadcasters. Although there are many news agencies around the world, three global news agencies, Agence France-Presse (AFP), Associated Press (AP) and Reuters, have offices in most countries of the world and cover all areas of information. 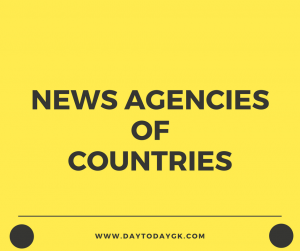