Blood is a combination of plasma (watery liquid) and cells that float in it. It is a specialized bodily fluid that supplies essential substances and nutrients, such as sugar, oxygen, and hormones to our cells, and carries waste away from those cells, this waste is eventually flushed out of the body in urine, faeces, sweat, and lungs (carbon dioxide). Blood also contains clotting agents.

Plasma constitutes 55% of blood fluid in humans and other vertebrates (animals with a backbone, spinal column). 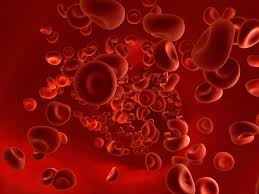 Red blood cells – also known as RBCs or erythrocytes. They are shaped like slightly indented, flattened disks. These are the most abundant cells and contain haemoglobin (Hb or Hgb). Haemoglobin is a protein which contains iron; it transports oxygen from the lungs to body tissues and cells. 97% of a human’s red blood cell’s dry content is protein. Each RBC has a lifespan of about 4 months; at the end of their lives, they are degraded by the spleen and the Kupffer cells in the liver. The body continuously replaces the ones that die. 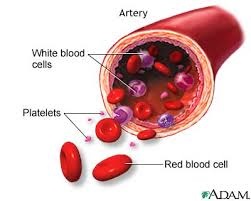 White blood cells (leukocytes) – these are the cells of our immune system; they defend the body against infections and foreign materials. Lymphocytes and granulocytes (types of white blood cells) can move in and out of the bloodstream to reach affected areas of tissue. White blood cells will also fight abnormal cells, such as cancer cells. There are normally between 4×1010 white blood cells in one litre of blood (making up about 1% of total blood) in a healthy individual.

Platelets (thrombocytes) – are involved in the clotting (coagulation) of blood. When we bleed the platelets clump together to help form a clot. If exposed to air the platelets break down and release fibrinogen into the bloodstream, this sets off a series of reactions which results in the clotting of blood in, for example on a skin wound. A scab is formed. When haemoglobin is oxygenated human blood is bright red. The heart pumps blood around the body through blood vessels. Oxygen-laden arterial blood is carried from the lungs to the rest of the body, and carbon dioxide laden blood (venous blood) is returned to the lungs where the carbon dioxide is exhaled. Carbon dioxide is a waste product produced by cells during metabolism.

Haematology is the diagnosis, treatment and prevention of blood and bone marrow diseases, as well as immunologic, blood clotting (hemostatic) and vascular systems. A doctor who is specialized in haematology is called a haematologist. 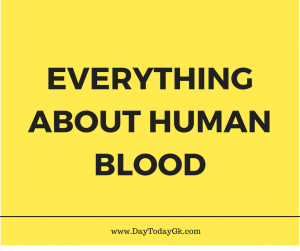 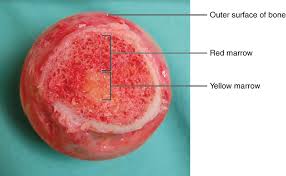 There are two types of marrow, red marrow and yellow marrow. Most of our red and white blood cells, as well as platelets are made in the red marrow.

Blood cells in babies and very young children are made in the bone marrow of most of the bones in the body. As we get older, some of the bone marrow converts to the yellow marrow, and just the bones that make up the spine (vertebrae), ribs, pelvis, skull and sternum contain red marrow. If a human experiences severe blood loss, the body is able to convert yellow marrow back to red marrow as it tries to boost blood cell production.

Humans can have one of four main blood groups, either RhD positive or negative:

Group A – RhD negative or positive
Antigens are found on the surface of blood cells. Anti-B antibodies are found in the plasma.

Group B – RhD negative or positive
B antigens are found on the surface of blood cells. Anti-A antibodies are found in the plasma.

Group AB – RhD negative or positive
A and B antigens are found on the surface of blood cells. There are no antibodies are found in the plasma.

Group O – RhD negative or positive
There are no antigens are found on the surface of blood cells. Both Anti-B and Anti-A antibodies are found in the plasma.

Another protein, an antigen, may be found on some red blood cells – called Rh factor. Blood cells that have Rh factor are RhD positive, those that don’t are RhD negative. According to the National Health Service (NHS), UK, 85% of the British population is Rh positive.

When someone receives a blood transfusion, the medical team has to make sure it is a compatible blood group.

Who Discovered the blood groups??

The ABO blood group system is widely credited to have been discovered by the Austrian scientist Karl Landsteiner, who identified the O, A, and B blood types in 1900. Landsteiner originally described the O blood type as type “C”, and in parts of Europe, it is rendered as “0” (zero), signifying the lack of A or B antigen. Landsteiner was awarded the Nobel Prize in Physiology or Medicine in 1930 for his work. Alfred von Decastello and Adriano Sturli discovered the fourth type, AB, in 1902. 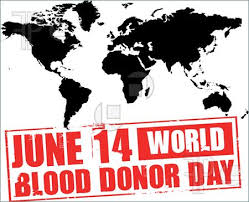 Amount of Blood in Human Body:-

The entire process takes about one hour and 15 minutes; the actual donation of a pint of whole blood unit takes eight to 10 minutes. 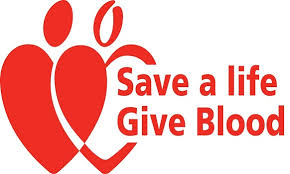 What is Plasma Donation??

Nearly 500 different types of proteins have been found in human blood plasma. Approximately 150 of these may be used for diagnosing disease or manufacturing therapies.

Why Human Blood is Red?? 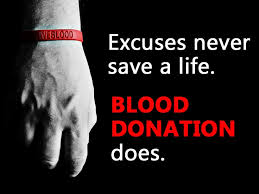 How to donate blood??

There are so many websites which are looking forward to donors. You can click on these link http://indianbloodbank.com/, www.bloodconnect.org/, www.friends2support.org/‎, www.helpindia.org/donating-online, www.indianredcross.org/blood-bank.htm and register as a donor.

Indian Red Cross Society has launched an app to address problems associated with blood shortage in India. This Blood Banking App is part of a larger digital blood banking initiative that has been rolled out by Red Cross Society in association with J Walter Thompson.

The app is currently being tested in Bengaluru and later on, it will be used in other parts of the country and rest of the world.

The blood you donate gives someone another chance at life. One day that someone may be a close relative, a friend, a loved one—or even you.