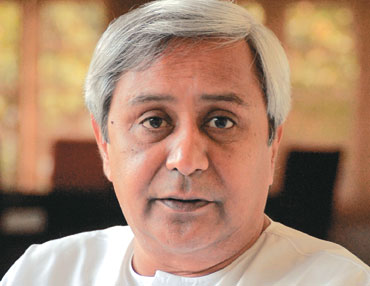 Naveen Patnaik took oath as the Chief Minister of Odisha for the fifth time after his Biju Janata Dal’s decisive victory in the state elections that were held along with national elections. The 72-year-old is the longest-serving chief minister of the coastal state. Mr Patnaik and his team of ministers were administered oath by Governor Ganeshi Lal at a function in Bhubaneswar. Unlike the low-key ceremonies when he took oath in the past, the swearing-in – in a first – was held in full public view, outside the Raj Bhavan.

Minutes after taking oath, the Odisha Chief Minister took a trip down memory lane, sharing a montage of his 19 years in office. A day ahead of the swearing-in, 11 cabinet ministers and nine ministers of state were appointed on Mr Patnaik’s recommendation. The new team of ministers will have 10 new faces.

Biju Janata Dal, Mr Patnaik’s party, won 112 out of the 147 seats in the Odisha state election which was held along with Lok Sabha polls. The party has been in power in the state since 2000. The BJP made inroads in Odisha and bagged eight parliamentary eight seats while Mr Patnaik’s party won 12.