The National Commission for Women (NCW) is a statutory body of the Government of India, generally concerned with advising the government on all policy matters affecting women.

It was established in January 1992 under the provisions of the Indian Constitution, as defined in the 1990 National Commission for Women Act. The first head of the commission was Jayanti Patnaik. Recently, Lalitha Kumaramangalam was  was appointed Chairperson. 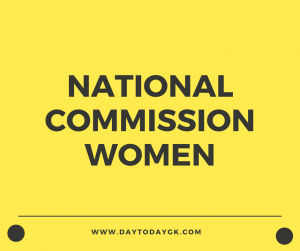 The NCW came under sharp criticism for their response to the attack by forty male members of the Hindu right-wing Sri Ram Sena on eight women in a bar in Manglore in late January 2009.

The NCW came under fire again after the molestation of a 17-year-old girl by a gang of men outside a pub in Guwahati on 9 July 2012.