Popular Malayalam actor Kalabhavan Mani died at a private hospital. He was 45. 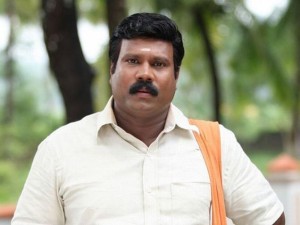 Mani had acted in over 200 films in Malayalam and other South Indian languages.

The actor’s sudden death came as a shock for the Malayalam fraternity and his hundreds of fans. Many, including senior actors and technicians, rushed to the hospital to pay their homage.

With his superb portrayal of a blind singer in Vasanthiyum Lakshmiyum Pinne Njanum, (remade in Tamil as Kasi), he was a favourite to win both the State and national awards for the best actor.

He also made an excellent villain, in films such as Gemini (Tamil). He was a good singer and the folk songs he rendered were extremely popular. His untimely death has dealt another blow to Malayalam cinema in 2016, which recently lost actor Kalpana, lyricist O.N.V. Kurup, directors Rajesh Pillai and Mohan Roop, cinematographer Anandakuttan, composer Rajamani and musician Shan Johnson.