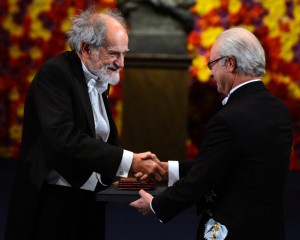 Lloyd S. Shapley, who shared the 2012 Nobel Memorial Prize in Economic Science for work on game theory that has been used to study subjects as diverse as matching couples and allocating costs, died in Tucson. He was 92.