In any democratic form of government the supreme legislative body is called as Parliament. It is also the executive governing body of the country. Parliament, Congress, National Assembly etc are the common names used to represent this legislative body. 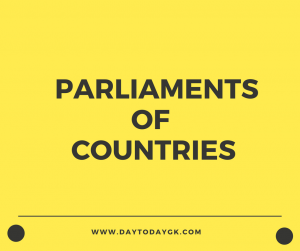 Below is the list of Parliament’s name in some of the Famous countries of the world.