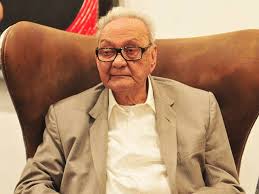 The Indian artist Syed Haider Raza has died at the age of 94. He passed away in a New Delhi hospital. He was a great legend that the 20th century has produced,” poet and former chairman of the Lalit Kala Akademi .

About Syed the ArtistHaider Raza