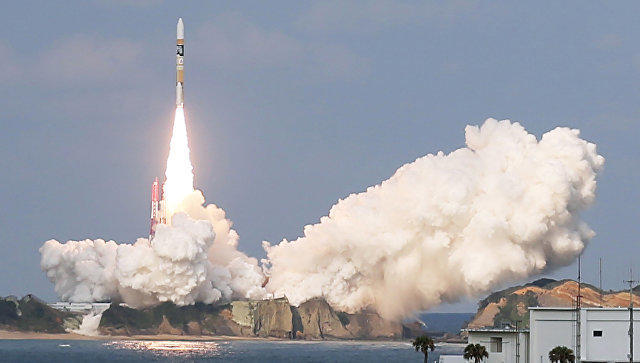 JAXA (Japan Aerospace Exploration Agency) has launched a rocket carrying an artificial satellite which will produce an Artificial meteor shower. This will be the world first artificial meteor satellite if the mission succeed. The satellite was launch by Epsilon-4 Rocket from Uchinoura space centre. This will be the fourth Epsilon rocket to be launched and the first time to launch more than one satellite at a time. The rocket will be launching seven nanosatellites.

The satellite was launched for an initial experiment for the so-called “shooting star on-demand“. The satellite was developed by ALE (Astro Live Experiences) Co Ltd, one of the Start-ups which is based in Tokyo. The main aim of the micro-satellite is to produce a tiny ball that glows brightly, and when it came in contact with the atmosphere, it mimics like that of the shooting stars simulating a meteor shower in the space. The process of producing such simulation is called Plasma Emission.

Once the tiny ball is released in the space, it will automatically burn up to ashes so that no risk is posed to the people. The glow will be so much bright that it will be seen even through the light-polluted Tokyo city.