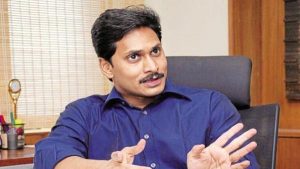 Nearly a decade after launching his party and staying in the opposition, YSR Congress Party (YSRCP) supremo Y. S. Jagan Mohan Reddy will take his oath as the chief minister of Andhra Pradesh (AP) in Amaravati. Reddy stormed to power by defeating the former chief minister N. Chandrababu Naidu-led Telugu Desam Party (TDP) by winning a staggering 151 out of the total 175 assembly seats in AP.

According to the YSRCP, Telangana chief minister (and Telangana Rashtra Samithi supremo) K. Chandrashekhar Rao (KCR), who will attend the event, and Jagan will together fly to New Delhi to attend the swearing-in ceremony of prime minister Narendra Modi afterwards.

Jagan and KCR flying together indicates a new shift in the relationship between AP and Telangana, which was off to a rocky start due to various issues that arose post the states’ bifurcation, especially due to the rivalry between KCR and Naidu.