Integrated Power Development (IPDS) scheme launched by Modi Government is basically a new avatar of Restructured Accelerated Power Development Programme of UPA. The IPDS is one of the flagship programmes of the Ministry of Power and will be at the core attempt to ensure 24×7 power for all. The Scheme, announced in the Union Budget 2014-15, aims at strengthening of sub-transmission network, Metering, IT application, Customer Care Services, provisioning of solar panels and the completion of the ongoing works of the Part -A of the Restructured Accelerated Power Development and completion of the Reforms Programme (R-APDRP). 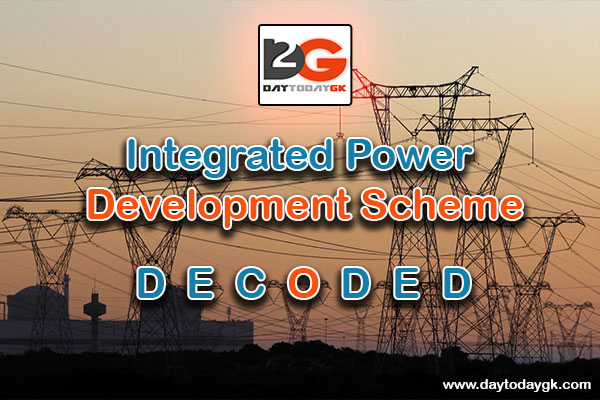 Why we need this?

Electricity is the most important factor in the economic growth of any country. And the most critical segment of Power Sector chain including Generation, Transmission and Distribution, is the Distribution Sector. Efficient management of the distribution of electricity sector is mandatory as it acts as an interface between the utilities and the consumers. The real challenge in the power sector today lies in efficiency.

Keeping in mind the importance of requirement for continual up-gradation and creation of infrastructure for electricity distribution, Prime Minister Narendra Modi has launched the Integrated Power Development Scheme in Varanasi.

Under this scheme, the State Governments with the support of the Central Government will attempt to ensure 24/7 power for all.

What it will do?

The scheme has been launched with an outlay of Rs. 44,011 crore for 12th and 13th plans. All discoms including private discoms and state power departments are eligible to get financial assistance under it.

Differences between IPDS and earlier schemes for urban distribution sector

IPDS is indeed a positive step towards a brighter future which will help enhance the economic growth of India. Electricity is vital for the overall development of the nation, and the Union Government by launching this scheme is all set to push India in the right direction of development.