Former Madhya Pradesh cricketer Kapil Seth has recently passed away. He was 36. According to the Madhya Pradesh Cricket Association (MPCA), the all-rounder was suffering from Hepatitis B. Seth, who represented the state in only one first-class and a List A game in the 2000-01 season, made his sole Ranji Trophy appearance against Vidarbha in November 2000,ESPNcricinfo reported.

He smashed an unbeaten 125 while batting along with Ankit Srivastava (204) to strengthen his side from 276 for 8 to 552 for 8 declared. Madhya Pradesh went on to win that match by an innings and 176 runs. Medium-pace bowler Seth, in his only List A match of the Ranji one-day competition also against Vidarbha, finished with the figures of one for 27. 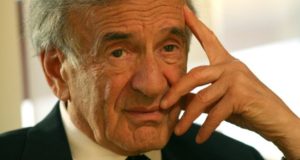 Elie Wiesel, a Holocaust survivor and author who fought for peace, human rights and simple human decency, has died at the age of 87. Wiesel, who won the Nobel Peace Prize in 1986, recounted his family being sent to the Nazi concentration camps in his first book, “Night,” which was published in France in 1958. Israeli Prime Minister Benjamin Netanyahu lauded Wiesel as a “master of words.”

Born in Romania, Wiesel was 15 when he was sent to the Auschwitz concentration camp in Poland with his family in 1944. The Nobel peace laureate, who wrote extensively about the horrors he and others endured, said he knew he’d have to write at some point but feared the words would elude him.

He was a professor at the City College of New York from 1972 until he left four years later to become a humanities professor at Boston University. Before that, Wiesel was a journalist in Paris and then New York.