Bangladesh pace sensation Taskin Ahmed and left-arm spinner Arafat Sunny were suspended for bowling with an illegal action by the ICC, dealing a massive blow to the team’s campaign in the ongoing World Twenty20. 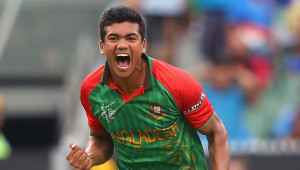