How does the human brain process information? The human brain is perhaps the most complex of organs, boasting between 50-100 billion nerve cells or neurons that constantly interact with each other. These neurons ‘carry’ messages through electrochemical processes; meaning, chemicals in our body (charged sodium, potassium and chloride ions) move in and out of these cells and establish an electrical current. The nervous system is integral to the body, that is why when anything goes wrong, specialised doctors such as neurosurgeons like dr timothy steel are brought in to tackle the issue and administer the correct treatment for these problems. 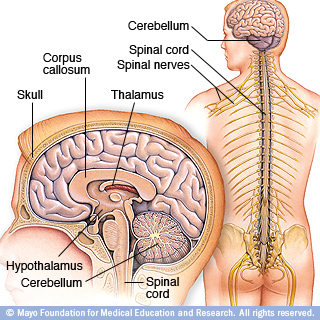 The brain is like a committee of experts. All the parts of the brain work together, but each part has its own special properties. If one or more sections of the brain lack development or simply fail to perform due to any reason, be it stress, fatigue or anxiety issues, it can lead to cognitive disturbances which can make daily life difficult. Consequently, people with stressful or tiring schedules might even take nootropics or similar natural supplements in order to smoothen out their cognitive functions and ensure that they can be productive despite external pressure. Coming back to the structure – the brain can be divided into three basic units: the forebrain, the midbrain, and the hindbrain.

Your brain contains billions of nerve cells arranged in patterns that coordinate thought, emotion, behavior, movement and sensation. A complicated highway system of nerves connects your brain to the rest of your body, so communication can occur in split seconds. Think about how fast you pull your hand back from a hot stove. While all the parts of your brain work together, each part is responsible for a specific function – controlling everything from your heart rate to your mood. 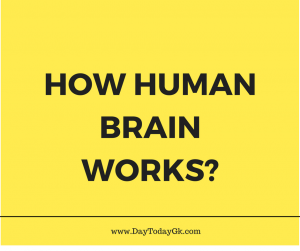 The cerebrum is the largest part of your brain. It’s what you probably visualize when you think of brains in general. The outermost layer of the cerebrum is the cerebral cortex, the “grey matter” of the brain. Deep folds and wrinkles in the brain increase the surface area of the grey matter, so more information can be processed. 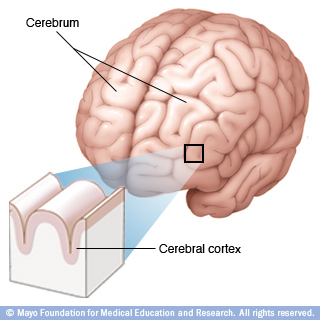 The cerebrum is divided into two halves (hemispheres) by a deep fissure. The hemispheres communicate with each other through a thick tract of nerves, called the corpus callosum, at the base of the fissure. In fact, messages to and from one side of the body are usually handled by the opposite side of the brain.

Your brain’s hemispheres are divided into four lobes:- 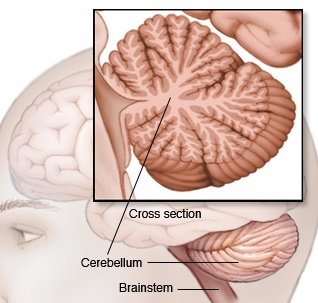 The cerebellum is a wrinkled ball of tissue below and behind the rest of your brain. It works to combine sensory information from the eyes, ears and muscles to help coordinate movement.

The brainstem links the brain to the spinal cord. It controls many functions vital to life, such as heart rate, blood pressure and breathing. This area is also important for sleep. Structures deep within the brain control emotions and memories. Known as the limbic system, these structures come in pairs. Each part of this system is duplicated in the opposite half of the brain.

The thalamus acts as a gatekeeper for messages passed between the spinal cord and the cerebral hemispheres. The hypothalamus controls emotions. It also regulates your body’s temperature and controls crucial urges – such as eating or sleeping. The hippocampus sends memories to be stored in appropriate sections of the cerebrum and then recalls them when necessary.

The peripheral nervous system is all the nerves in your body, aside from the ones in your brain and spinal cord. It acts as a communication relay between your brain and your extremities. For example, if you touch a hot stove, the pain signals travel from your finger to your brain in a split second. In just as short a time, your brain tells the muscles in your arm and hand to snatch your finger off the hot stove. 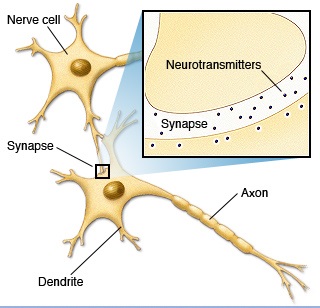 Neurotransmitters pass through the synapse, the gap between two nerve cells, and attach to receptors on the receiving cell. This process repeats from neuron to neuron, as the impulse travels to its destination – a web of communication that allows you to move, think, feel and communicate.

Size of the Brain:- 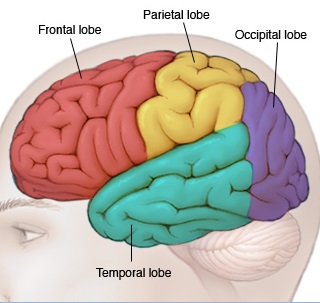