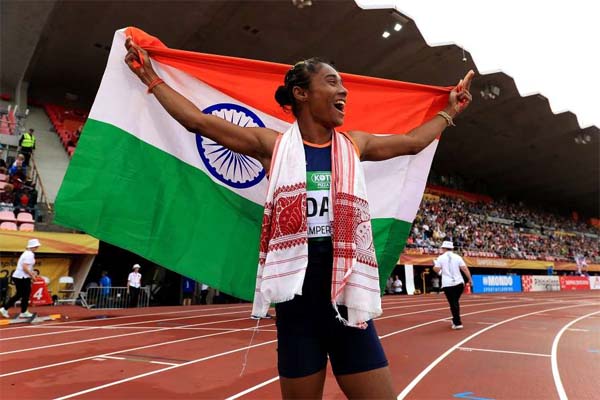 Star Indian sprinter Hima Das claimed her second international gold in women’s 200m with a top finish at the Kutno Athletics Meet in Poland. Hima, who has been struggling with a back problem for the past few months, clocked 23.97 seconds to clinch the gold while V.K. Vismaya bagged the silver in 24.06. Hima is the reigning world junior champion and national record holder in 400m.

National record holder Muhammed Anas also won the gold in men’s 200m race with a time of 21.18 seconds. This was Hima’s second competitive 200m race of the year. She has a personal best of 23.10s, which she clocked last year.

Hima Das (born 9 January 2000), nicknamed the Dhing Express, is an Indian sprint runner from the state of Assam. She holds the current Indian national record in 400 metres with a timing of 50.79 s that she clocked at the 2018 Asian Games in Jakarta, Indonesia. She is the first Indian athlete to win a gold medal in a track event at the IAAF World U20 Championships.