India, one of the largest country in the world and second most populated country after china. To support increasing demand for raw material and finished good, it requires a well-developed transportation system. Every year nearly 8 billion people travel across India via railways and railways contribute in transporting 1050. 18 million tons of freight every year, but railways alone is not capable of handling demand of 1.2 billion people. As the economy boomed it become important to concentrate on road infrastructure as well, and Indian government initiated the construction of Golden Quadrilateral. 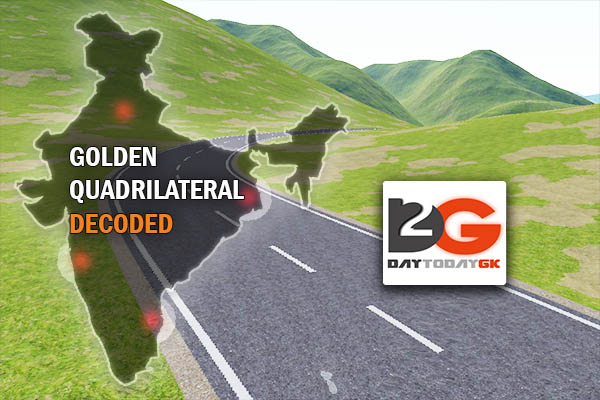 It is basically a network of highways that connect the four major metropolitan cities of the country in four directions – Delhi (North), Chennai (South), Kolkata (East) and Mumbai (West) – thereby forming a quadrilateral, and hence the name Golden Quadrilateral. Other metropolises also connected by the network are Ahmedabad, Bengaluru, Bhubaneswar, Jaipur, Kanpur, Pune, Surat, Nellore, Guntur, Vijayawada, and Visakhapatnam. The largest highway project in India and the fifth longest in the world, started by NDA Government led by Prime Minister Atal Bihari Vajpayee it is the first phase of the National Highways Development Project (NHDP).

The Golden Quadrilateral passes through 13 states: 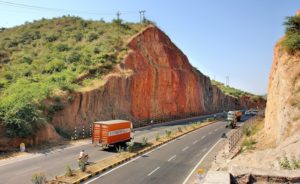 Major highlights of the Golden Quadrilateral

Benefits for the country