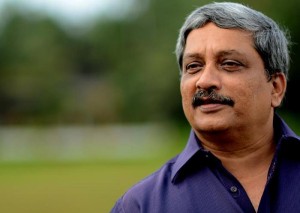 Till the end of his days, Manohar Parrikar worked to the best of his abilities and even presented the state budget while still battling his illness and with tubes attached to his mouth. The four-time Goa chief minister was a force to reckon with in the coastal state. He was loved and hailed by one and all.

Manohar Parrikar even attended political events and addressed party workers and remained in the public domain as the Bharatiya Janata Party (BJP) gears up for the Lok Sabha elections next month. Manohar Parrikar joined the RSS in his youth after graduating from IIT.

Parrikar was a leader who enjoyed acceptance from all sections of the BJP and beyond. He played a key role in making the BJP a force to reckon with in Goa, which remained for long a Congress bastion, with regional outfits having pockets of influence.

Despite his falling health, Parrikar had presented two state budgets in 2018 and 2019 and had attended public functions, including the inauguration of an iconic bridge across River Mandovi.

Modi condoled the death of Parrikar, hailing him as an “unparalleled leader”. Parrikar was the defence minister from November 2014 to March 2017 during the tenure of Prime Minister Narendra Modi.