The former Formula One driver and three-time world champion Niki Lauda has died at the age of 70. The Austrian died eight months after receiving a lung transplant. Lauda, who won titles in 1975, 1977 and 1984, was hugely admired, respected and liked within F1 after a remarkable career during which he won two titles for Ferrari and one for McLaren and came back from an horrific accident that left him severely burned and injured in 1976. 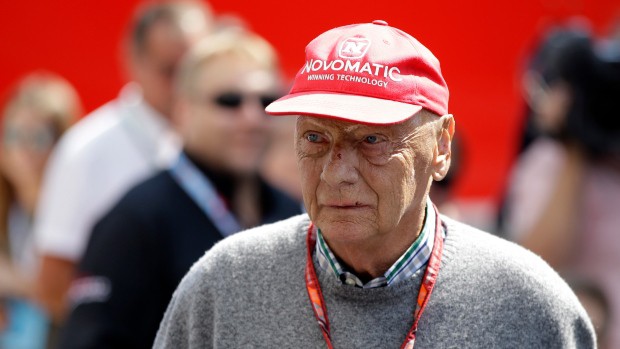 He competed in 171 races and won 25. He also actively pursued business interests including his own airline and went on to have senior roles in F1 management, most recently as non-executive chairman at the hugely successful Mercedes since 2012, where he helped bring Lewis Hamilton to the team.

Lauda’s rivalry with British driver James Hunt, the 1976 world champion, was portrayed in the acclaimed film Rush in 2013. He underwent two kidney transplants, the second kidney donated in 2005 by his then-girlfriend Birgit Wetzinger, a former flight attendant for his airline whom he married in 2008.