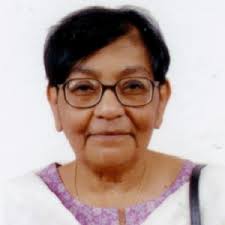 Eminent diplomat Arundhati Ghose, who was India’s ambassador to the UN and played a decisive role in India’s negotiations on Comprehensive Nuclear Test Ban Treaty (CTBT), passed awayat the age of 76.She was suffering from cancer

She  was born on November 25, 1939, is from a prominent Bengali family and grew up in Mumbai.