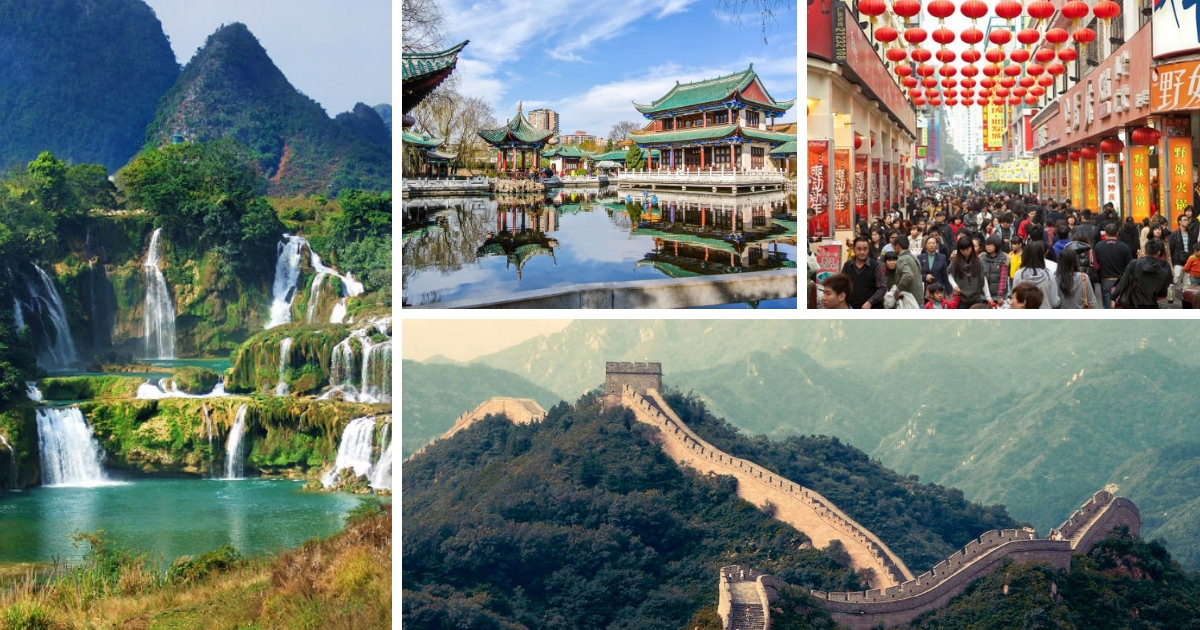 Facts about China  – China is an ancient country having a profound history. Originated in the eastern area of the Yellow River Region, the country’s civilization is over 5,000 years old and was considered one of four ancient civilizations of the world, along with the civilizations of ancient Babylon, ancient Egypt and ancient India.The name CHINA is derived from the Persian Cin, whose meaning and origin is unknown 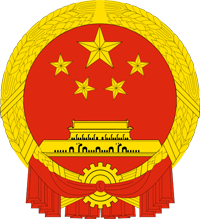 Coat of Arms: China’s national emblem is composed of the entrance gate to the Forbidden City in Beijing, with five stars above it representing the Communist Party of China and the four social classes.

Sheaves of wheat and rice form the edges (symbolizing the agricultural revolution), and a cogwheel (representing industrial workers) makes up the base.

Chinese people are various individuals or groups of people associated with China (or Greater China).

China is considered a significant economic power and the economic sector has seen considerable growth in the past few decades. In the 1950s, a majority of economic activity was brought under state control, which then determined production, pricing, and distribution of goods and services.

China is an active member of numerous UN system organizations, including the

China has rich biodiversity, boasting the largest number of bird species and gymnosperm varieties in the world.

Who is Dalai Lama?

Dalai Lama is a title given to spiritual leaders of the Tibetan people. They are monks of the Gelug or “Yellow Hat” school of Tibetan Buddhism. The Dalai Lama title was created by Altan Khan, Shunyi Wang of China in the Ming Dynasty of China in 1578. The 14th and current Dalai Lama is Tenzin Gyatso.

During the 1959 Tibetan uprising, the Dalai Lama fled to India, where he currently lives as a refugee. The 14th Dalai Lama received the Nobel Peace Prize in 1989.

The Silk Road Economic Belt and the 21st-century Maritime Silk Road, also known as the Belt and Road Initiative (B&R) and One Belt, One Road (OBOR), is a development strategy proposed by Chinese President Xi Jinping that focuses on connectivity and cooperation between Eurasian countries, primarily the People’s Republic of China, the land-based “Silk Road Economic Belt” (SREB) and the oceangoing “Maritime Silk Road” (MSR).

The Silk Road not only served as a major trade route between India and China but is also credited for facilitating the spread of Buddhism from India to East Asia.

Sovereignty over two large and various smaller separated pieces of territory have been contested between China and India.

The westernmost, Aksai Chin, is claimed by India as part of the state of Jammu and Kashmir and region of Ladakh but is controlled and administered as part of the Chinese autonomous region of Xinjiang.

The Line of Actual Control (LAC) is a line that separates the Indian administrative areas of Jammu and Kashmir from Aksai Chin.

It is a virtually uninhabited high altitude wasteland crossed by the Xinjiang-Tibet Highway. The other large disputed territory, the easternmost, lies south of the McMahon Line.

It was formerly referred to as the North East Frontier Agency and is now called Arunachal Pradesh. The McMahon Line was part of the 1914 Simla Convention between British India and Tibet, an agreement rejected by China.

Border disputes between India and China