As you all know trade is one of the major thing which plays an important role in country’s GDP(Gross Domestic Product). India is seventh largest nation of the world and is surrounded by sea from three directions, which makes it one of the biggest coastlines of the world. Considering such a vast coastline of more than 7,500 Km India should ideally do more than 90 per cent of its import-export through sea, which is not how it happens and thus there is a huge gap in what we have and what we are currently doing. 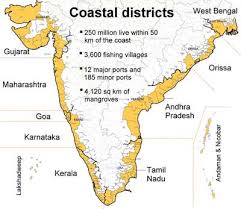 Ironically, the ports contribute to just 1 per cent of the entire GDP, whereas the road sector contributes 6 per cent and railways 9 per cent towards the GDP. There is a huge contradiction in what we can do with our coastlines. If we identify as to what is the reason for such a poor contribution of ports towards the GDP, we would find that it is nothing but inadequate linkage of ports and poor infrastructure, which leads to such a meager utilization of ports. So it is very important and the right time that our Indian Government implemented this project towards “blue revolution”, which is Sagarmala Project. 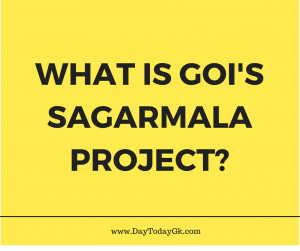 What is Sagar Mala Project?

The Primary objective of Sagar Mala Project is to,

To make it simple, it is revitalising the major ports in coastal area and connect it directly with all the major trade routes to benefit the economy.

Hinderance behind this project:-

The growth of India’s maritime sector is constrained due to many developmental, procedural and policy related challenges namely,

What will be created under this project? 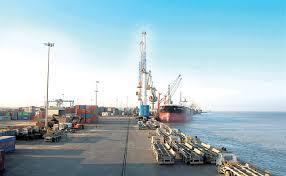 The blueprint of the Sagar Mala project—an infrastructure-cum-policy initiative being readied by the shipping ministry—seeks to allow the central government to have a say in the development of non-major ports without adopting a confrontationist approach with the state governments.

For no reasons, the government so far in India have never focused entirely on developing a good coast line for the nation. If we look at some of the developed nations of the world like Netherlands, Dubai, Korea, Japan, China; some of these countries do not have a bigger coastline like India but still they have developed their coast line with modern techniques for export import to prosper without any hindrance.

What are the changes to be done??

Under the initiative that also includes connecting ports with inland waterways, the government will set up 14 coastal economic zones and a special economic zone at Jawaharlal Nehru Port Trust (JNPT) in Mumbai. Free trade warehousing zones will be set up in Cochin and Ennore. The Sagarmala Yojana would undertake redevelopment of new and existing ports through upgrading them to be developed enough to handle extensive use of equipments and IT and thus bring in an improved monitoring and hi-tech infrastructure for day to day business activity. The Jawaharlal Nehru Port Trust itself, which is one of the biggest ports in India, would alone get a big amount of Rs 4,000 Crore for development as an SEZ.

So far what have been done??

Sagarmala Apex Committee (NSAC) was constituted on May 13, 2015 and its first meeting was held on October 5, 2015. Following Prime Minister Narendra Modi’s intervention recently, it has been decided to finish Sagarmala project in five years instead of 10 years to create a massive 10 million jobs. The central government has allocated Rs 692 crore for FY ’15-’16 for launching of the initial phase.

Sagar Mala would not have come at a more opportune time for the central government-owned ports, many of which are losing market share to non-major ports mainly due to regulatory reasons. Extending a collaborative hand would help stem the rot and allow both set of ports to grow without eating into each other.