Che Guevara was born on June 14, 1928, in Rosario, Argentina, one of the most important cities in Argentina, in a family with aristocratic roots but socialistic ideas.

In 1937, Ernesto is 9 years old and goes to the third grade of primary school; he follows up engagingly the Spanish Civil war.

In 1947, Ernesto Guevara meets the young Berta Gilda Infante, also known as Tita. She is a member of the Argentine Communistic Youth. They build up a profound friendship. Together they read Marxist texts and discuss the actualities.

In 1948, Ernesto, who is 20 years old at that time, young che guevara undergoes an examination at the faculty of medicine at the University of Buenos Aires. In March he passes for the examinations of the first year, in June for those of the second year and in December for those from the third year. He also absorbed the left-leaning political views of his family and friends, and by his teens had become politically active, joining a group that opposed the government of Juan Perón.

January 1 1950, Ernesto Guevara attempts his first voyage. He traverses the northern provinces of Argentina on a bicycle on which he adjusted a small motor. He arrives at San Francisco del Chahar, near Córdoba, where his friend Alberto Granado who runs the dispensary of the leper-centre. With the patients he has long conversations about their disease.After graduating from high school with honors, Guevara studied medicine at the University of Buenos Aires, but in 1951 he left the school to travel around South America with a friend. 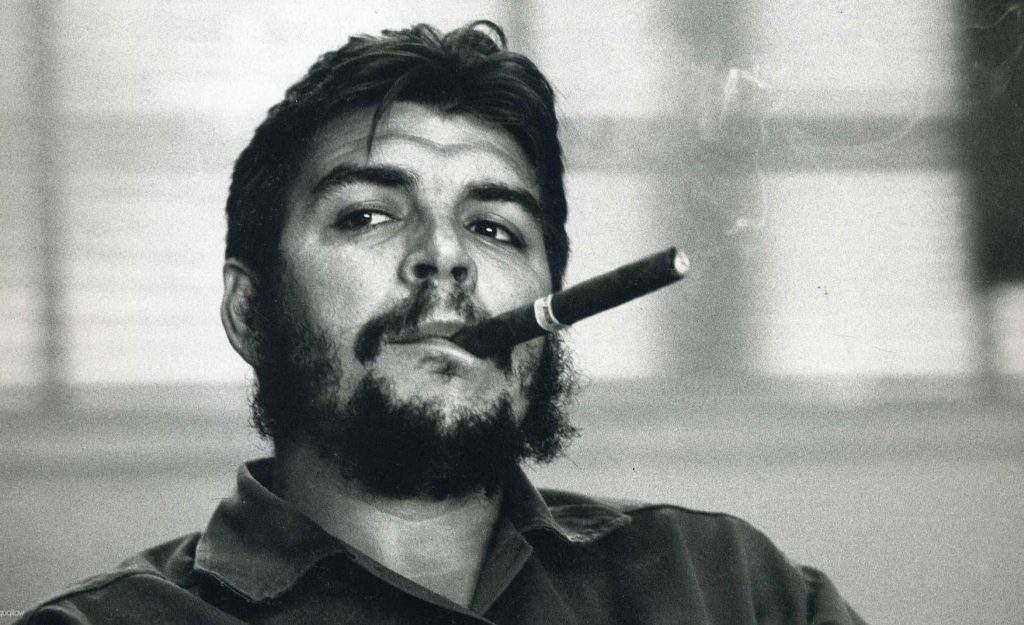 A journey through Latin America

Together with Alberto Granado he leaves in January 1952 on an old ‘Norton’ 500-cc motorbike. On March 24 they arrive at the Peruvian Tacna. After a discussion about the poverty in the region, he refers in his notes to the words of José Marti: “I want to link my destiny to that of the poor of this world.”

However, as Guevara’s interest in Marxism grew, he decided to abandon medicine, believing that only revolution could bring justice to the people of South America. In 1953 he traveled to Guatemala, where he witnessed the CIA-backed overthrow of its leftist government, which only served to deepen his convictions.

By 1955, Guevara was married and living in Mexico, where he met Cuban revolutionary Fidel Castro and his brother Raúl, who were planning the overthrow of Fulgencio Batista’s government. When their small armed force landed in Cuba on December 2, 1956, Guevara was with them and among the few that survived the initial assault. Over the next few years, he would serve as a primary adviser to Castro and lead their growing guerrilla forces in attacks against the crumbling Batista regime. 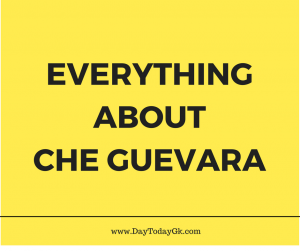 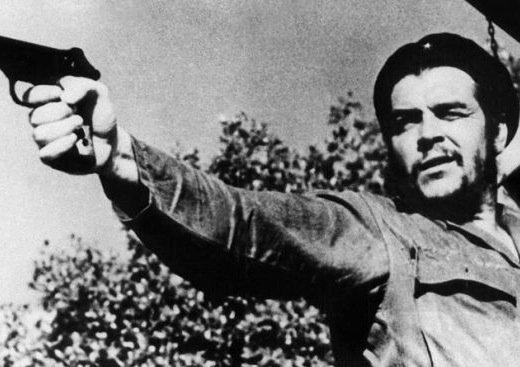 In January 1959 Fidel Castro took control of Cuba and placed Guevara in charge of La Cabaña prison, where it is estimated that perhaps hundreds of people were executed on Guevara’s extrajudicial orders. He was later appointed president of the national bank and minister of industry, and did much to assist in the country’s transformation into a communist state.

In the early 1960s, Guevara also acted as an ambassador for Cuba, traveling the world to establish relations with other countries, most notably the Soviet Union, and was a key player during the Bay of Pigs invasion and the Cuban Missile Crisis. He also authored a manual on guerrilla warfare, and in 1964 delivered a speech to the United Nations in which he condemned U.S. foreign policy and the apartheid in South Africa.

Common themes in accounts of Che Guevara’s life as a revolutionary leader are his integrity and tirelessness. He has been described as Spartan and ascetic, forgoing luxuries when offered them. As a minister in Castro’s government, he worked such long hours that when foreign dignitaries tried to get an appointment with him, they were told the only time he was available was 3 a.m. In his military pursuits, he was equally as relentless. Although he had a debilitating case of asthma that could have excused him from physical tasks, he made a point of accompanying his men in every step. 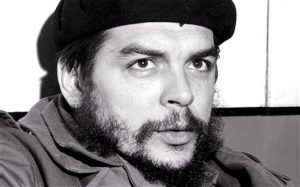 It was Che, rather than Castro, who became the international representative of the revolution. He met with Mao Zedong in China, and traveled to Algeria, Egypt, North Korea and the Soviet Union. He spoke in favor of socialism at a conference for the Organization of American States in 1961. He traveled to the Congo, where he made a failed attempt to train rebel fighters. His last attempt at inciting revolution was in Bolivia, where he met his end in October 1967 as a result of combined efforts of the Bolivian military and the CIA.

By 1965, with the Cuban economy in shambles, Guevara left his post to export his revolutionary ideologies to other parts of the world. He traveled first to to the Congo to train troops in guerrilla warfare in support of a revolution there, but left later that year when it failed. After returning briefly to Cuba, in 1966 Guevara departed for Bolivia with a small force of rebels to incite a revolution there. He was captured by the Bolivian army and killed in La Higuera on October 9, 1967.

A Legacy from a Great Leader “Che Guevara”

Since his death, Guevara has become a legendary political figure. His name is often equated with rebellion, revolution and socialism. Others, however, remember that he could be ruthless and ordered prisoners executed without trial in Cuba. In any case, Guevara’s life continues to be a subject of great public interest and has been explored and portrayed in numerous books and films, including The Motorcycle Diaries (2004), which starred Gael García Bernal as Guevara, and the two-part biopic Che (2008), in which Benicio Del Toro portrayed the revolutionary.

Che’s Last Words – I know you’ve come to kill me. Shoot, coward, you are only going to kill a man.