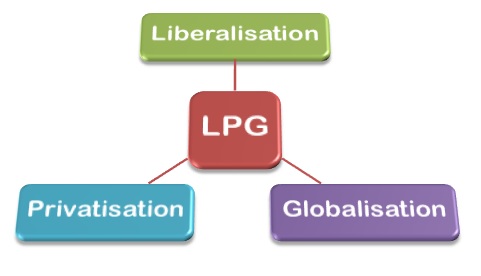 All the elements of LPG tell about the process of reforms.

Globalisation – Goal of the reforms

LIBERALISATION concept can be understand by this example, let’s say the period of 1980’s in China there was open economy but was not in true sense LIBERAL one. And in USA, there was pure liberal economy. Now, we can assume both of them as different poles of earth, because China that time was having ILLIBERAL Economy and USA was having LIBERAL Economy. 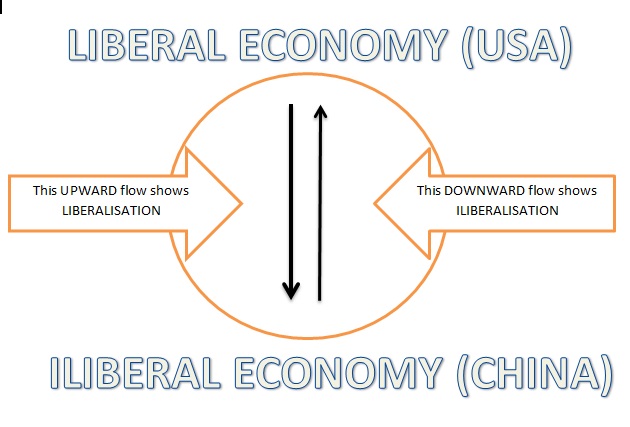 PRIVATISATION used as process under which the state assets transferred to the Private Sector.
Privatisation can be done in TWO forms:
1. DE-Nationalisation: in this transfer of state ownership of the assets to the private sector (100% transfer of ownership occur in this).

Liberalization tells the direction of the reforms, but how it will be achieved was shown by the Privatisation. Privatisation showed the “PATH of reforms”.

Defined the GOAL of the reforms. Globalisation is nothing but a general term used as an increase in economic integration among nations. According to WTO, the basic meaning of Globalisation was “unrestricted cross border movements of goods and services, capital and the labour force”. To achieve this, reform were being made.

It simply means that world becoming flat and level-playing field emerging in the process of time in terms of trade. After achieving this goal, there will be nothing like foreign or indigenous goods and services, capital and labour. Everyone would have the access for any kind of goods. This will only be possible when the country’s economy will be open one, freedom of trade.

Now, we may connect all the three terms, the LPG. The process of LIBERALISATION shows the movement of the economy towards the market economy, PRIVATISATION is the path/route through which it will travel to realise the ultimate goal, i.e., GLOBALISATION.