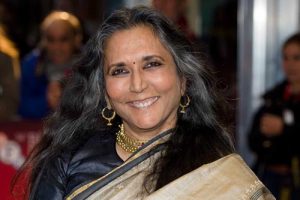 The Academy of Canadian Cinema & Television has announced that it will be honouring filmmaker Deepa Mehta with the Lifetime Achievement Award. Mehta was born in India but she had moved to Canada in 1973 after her marriage to documentary filmmaker Paul Saltzman. Her film “Water”, the third part of her Elements trilogy, was Canada’s official entry at the 79th Academy Awards.

The director has previously received the Governor General’s Performing Arts Award for Lifetime Artistic Achievement in 2012 and she was also named to the Order of Ontario and appointed to the Order of Canada in 2013. She was inducted into the Canadian Walk of Fame in 2016. Mehta is currently working on Netflix series “Leila”.