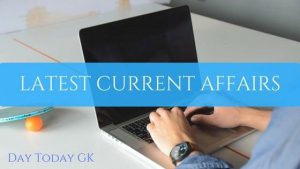 G D ‘Robert’ Govender, an Indian-origin journalist in South Africa, has been honoured in the UK with 2019 V K Krishna Menon award for his outstanding contribution as a pioneer of decolonised journalism.

The South Africa-born journalist was awarded posthumously during an event to mark the 123rd birth anniversary of Indian diplomat and politician V K Krishna Menon.

Global card payments major Mastercard Monday said it will invest USD 1 billion (about Rs 7,000 crore) in India in the next five years and plans to make the country a global technology node for its platforms.

The company has already invested USD 1 billion in the Indian market in the last five years.

This investment will help foster innovation and increase Mastercard’s speed-to-market capabilities and value-added services.
Of the USD 1 billion investment, over USD 300 million will be used to develop the India technology node. The rest of the investment will go towards existing services and expanding capacity among others, Sarker said.

According to the data released by the ministry, fewer returns — 1.9 million — were filed in FY19 for earlier years than 12.7 million in FY18.

Gaurav Solanki (52kg) and Manish Kaushik (60kg) delivered a gold medal each as Indian boxers collected a rich haul of two gold, one silver and three bronze to finish their campaign on a high at the XXXVI Feliks Stamm International Boxing Tournament in Warsaw, Poland on Saturday.

The 22-year-old Solanki showed glimpses of the impeccable form that brought him a gold medal from the Commonwealth Games and the Chemistry Cup last year as he outpunched England’s William Cawley 5-0 on his way to the coveted yellow metal.

Frontline missile destroyer of the Indian Navy’INS Ranjit’ was decommissioned at the Naval Dockyard, Visakhapatnam, after serving the Indian navy for 36 years.

INS Ranjit, the third of the five Kashin-class destroyers built by the erstwhile USSR, was commissioned on September 15 1983. The ship was decommissioned ata solemn ceremony at the Naval Dockyard when the national flag, naval ensign and Commissioning Pennant were lowered.

The platform declined to reveal the brand deal size or period of association. According to celebrity management sector estimates, Myntra may be shelling out upwards of ₹10 crore for the couple as brand endorsement fee.

This is would be the couple’s second big brand endorsement deal after men’s ethnic wear brand Manyavar, which they have been associated with since 2017.

Myntra has launched an integrated campaign called ‘Go Myntra-la-la’ which will be promoted across television, print, digital and outdoor.

The Volleyball Federation of India appointed Serbian Dragan Mihailovic as head coach of the men’s national team in a move linked to the long term goal of Olympic Games qualification.

The VFI also announced the appointment of Pryemyslaw Gaszyoski and Valadimir Radosevic as the team’s physio trainer and physiotherapist respectively.

“The collaboration will provide Vodafone Idea with a hybrid cloud based digital platform to enable more intimate engagement with its over 387 million subscribers (as of 31 December, 2018), enhancing business efficiency, agility and scale plus simplification of its business processes.

10. The US Air Force successfully tested a laser system to shoot down missiles

The US Air Force announced that it has successfully used a laser weapons system to shoot down multiple missiles while in flight. The system is designed to eventually be mounted on aircraft to be used to protect the vehicle from attacks.

The Air Force Research Laboratory conducted the test at the US Army’s White Sands Missile Range in New Mexico in April. The system, called the Self-Protect High Energy Laser Demonstrator (SHiELD), was used from the ground, and was used to shoot down “multiple air launched missiles in flight.”

World Asthma Day is an annual event organized by the Global Initiative for Asthma (GINA) on the first Tuesday in May to improve asthma awareness and control around the world. This year it was observed across the globe on May 7, 2019.

The theme of World Asthma Day 2019 was ‘STOP for Asthma’. Asthma is a long-term inflammatory disease of airways of lungs. Common symptoms of asthma include wheezing, coughing, chest tightness and shortness of breath.

Stevo Pendarovski, supported by the ruling Social Democrats (SDSM), has won the North Macedonian presidency in a run-off vote.

In Uttrakhand, the world renowned and much awaited chardham yatra began from today. On the auspicious occasion of Akshay Tritya, Gangotri and Yamunotri dhams have been opened for pilgrims.

Gangotri dham’s kapat was opened at 11.30 in the morning wheras Yamunotri dham kapat at 1.15 in the afternoon. Large number of devotees were present to witness the grand opening of the shrines and offered pujas. Gangotri and Yamunotri temples are located in Uttarkashi district of the state and are two of the four sacred pilgrimage centres famously known as Chardham.

India, Brazil and South Africa (IBSA) Sherpas meeting was held in Cochin, Kerala from May 3 to May 5, 2019. Before IBSA Sherpas meeting, the 9th IBSA trilateral Ministerial Meeting was also concluded at the same venue.
Indian delegation was led by T.S. Tirumurti, Secretary (Economic Relations) in Ministry of External Affairs and Amb. Norberto Moretti, Sherpa of Brazil and Prof. Anil Sooklal, Sherpa of South Africa led their respective delegation at the meeting.

Israel honoured Lt. Gen. (retd) Jack Farj Rafael (JFR) Jacob who negotiated the historic surrender of Pakistani troops in Dhaka after the 1971 Bangladesh liberation war, with a plaque on the Wall of Honour at the Ammunition Hill.
Lt. Gen. Jacob, who passed away in 2016 at the age of 92, was one of the most prominent members of India’s relatively small Jewish community serving as a Lieutenant General in the Indian Army and later as a Governor of two Indian states-Goa and Punjab.

Border Roads Organisation (BRO) is celebrating its 59th Raising Day today. BRO is a leading road construction agency under the Ministry of Defence with a primary role of providing road connectivity in border areas. It executes road construction and maintenance works along the Northern and Western frontiers primarily to meet the strategic requirements of the Army and is responsible for over 53,000 Km roads.

A Delegation from Bangladesh led by H.E. Dr. Gowher Rizvi, Adviser to Prime Minister of Bangladesh, including H.E. Mr. Syed Muazzem Ali, High Commissioner of Bangladesh to India and other delegates met Shri Amit Khare, Secretary and other officials of I&B Ministry today.

The meeting focussed on various aspects of making of feature film on the life and works of Bangabandhu Sheikh Mujibur Rahman, co-production of which had earlier been announced by the Hon’ble Prime Ministers of both the countries. The movie will be directed by acclaimed filmmaker Shri Shyam Benegal who, along with scriptwriter of the movie Shri Atul Tiwari, was also present during the meeting.