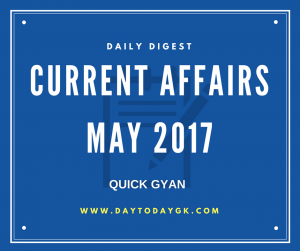 Emma Watson picked up the first-ever Genderless Acting Award for the Best Actor category at the MTV Movie and TV Awards. The 27-year-old star made history at the annual event held at the Shrine Auditorium.

Watson’s performance in Disney’s live-action remake of Beauty and the Beast won her the gong for best actor in a movie, a category that featured both male and female nominees.

India’s cricket icon Sachin Tendulkar plans to support charities and various initiatives to help the under-privileged people in the second innings of his life. Tendulkar, 44, made the remarks while receiving the Fellowship Award at the 7th annual Asian Awards.

The award for outstanding achievement in Cinema was posthumously conferred on Om Puri who died earlier this year at the age of 66.

Konkona Sensharma has been named the best director for her directorial debut “A Death in the Gunj” and the best actress for “Lipstick Under My Burkha” at 2017’s New York Indian Film Festival (NYIFF). Konkona, 37, won the award for directing the drama thriller which stars Kalki Koechlin, Vikrant Massey, Jim Sarbh and Tanuja. The film also features one of the last performances by veteran actor Om Puri, who passed away in January this year.

Macron, 39, a former economy minister who ran as a “neither left nor right” independent promising to shake up the French political system, took 66% to Le Pen’s 34%.

His victory was hailed by his supporters as holding back a tide of populism after the Brexit vote and Donald Trump’s victory in the US election.

IRDAI has issued new guidelines on outsourcing activities by insurers by clearly defining the areas of work that should be done in-house and those which can be handed out to third-parties.

The regulator said the regulations dated April 20 but put on the Gazettee of India on May 5, is aimed at ensuring that insurers follow prudent practises on management of risks arising out of outsourcing so as to prevent negative systemic impact on one hand and to protect the interests of the policyholders on the other.

Renowned tea planter from Assam Prabhat Kamal Bezboruah, who was once a banker in the US, has been named the new chairman of the Tea Board of India. Bezboruah becomes the first non-IAS and an industry insider to be at the helm of the Kolkata-headquartered Tea Board, the governing body of the industry. Renowned coffee grower M S Boje Gowda was appointed as chairman of the Coffee Board.

A village of books in Maharashtra, called ‘Pustakanche Gaon’ in Marathi, is set to open on 4 May 2017. Stretched over 2 km, it is located at Bhilar, which is roughly 8 km away from the hill station of Panchgani.

Pravin Bhilare, a resident of this village, provided his premises for the purpose of stacking books for public reading. Apart from this, roughly 25 other premises including three temples, two schools, several houses and homestays in the Bhilar village have been offered up for this cause.

The Uttar Pradesh Board of Secondary Education has amended its curriculum which will enable senior students enrolled in schools affiliated with the Board to get lessons in banking to equip them with skills and knowledge to use in real life.

From class 9 onwards, students of such schools will be taken on visits to banks to give them first-hand knowledge on how these financial institutions work, how to write and deposit cheques, deposit and withdraw cash and apply for a loan.

Nitin Gadkari, the Union Minister for Road Transport and Highways inaugurated India’s first bio refinery plant that produces ethanol from a variety of biomass in Pune on 7 May 2017. Speaking on the occasion, Gadkari stated that such projects will help stage a great revolution in India’s agriculture sector. The project is located at Rahu, a village in Daund Taluka in Pune District of Maharashtra.

India now has the third-highest number of startup incubators and accelerators in the world after China and the US, says a report by IT industry body National Association of Software and Services Companies (NASSCOM) and Zinnov Consulting.

The number of incubators and accelerators in India grew a sharp 40% in 2016, with more than 40 of them seeing the light of the day, says the report titled ‘Incubators/Accelerators (I/As) Driving the Growth of Indian Start-up Ecosystem–2017’.

The date is the anniversary of the birth of Henry Dunant (born 8 May 1828), the founder of International Committee of the Red Cross (ICRC) and the recipient of the first Nobel Peace Prize.

World Red Cross Day 2017 will be celebrated all across the world by the National Societies affiliates to the ICRC (International Committee of the Red Cross) on 8th of May. It aimed to provide relief to the human beings in distress and desolation due to war, food shortage, epidemic diseases or natural calamities.

Great Britain beat Australia 4-3 in a hockey final of the 26th edition of the Azlan Shah Cup at Ipoh, Malaysia. Great Britain won the cup after 23 years.  India played better than New Zealand 4-0 to get a bronze medal in the Sultan Azlan Shah Cup.

Heena Sidhu settled for the bronze medal in the Womens 10m Air Pistol category of the 48th Grand Prix of Liberation Plzen Shooting championships. Heena shot 218.8 in the eight-woman final to claim bronze, in an event won by Rio Olympic gold and bronze medallist Anna Korakaki of Greece. Germany’s rising women’s pistol star 21-year old Michelle Skeries, competing in her rookie senior year and having already won a World Cup bronze in New Delhi this year, came second with a finals score of 237.8.

Odisha capital is gearing up for hosting the 22nd Asian Athletics Championship at the Kalinga Stadium scheduled in July, the endangered Olive Ridley turtle will enhance the attraction of the mega event.

The decision to make Olive Ridley as mascot of the event was taken at the first governing body meeting chaired by Odisha Sports Minister Sudam Marndi for holding the Asian Athletics Championship. The Government has decided to promote the mega sports event to draw public attention through road shows and other forms of campaign. The event is scheduled to be held from July 6 to 9.

Renowned Pakistani sitarist Ustad Raees Khan passed away. He was 77. Born in Indore in Madhya Pradesh in 1939 into a family of musicians, he began playing sitar at a young age.