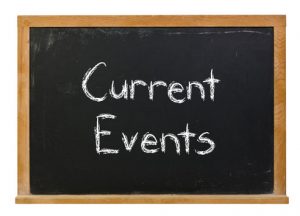 Godrej Group Chairman Adi Godrej and Dow Chemical CEO Andrew Liveries have been awarded the Global Leadership Awards of the US-India Business Council for their role in integrating India in the global supply chain.  Liveris and Godrej were presented with the prestigious annual award at the USIBC’s annual gala.

Both were honoredfor creating inclusive business environments, integrating India in the global supply chain and advancing core values such as manufacturing, innovation and scale in tough market conditions.

Senior lawyer and constitutional expert KK Venugopal has been appointed as the next Attorney General of India.  President Pranab Mukherjee has approved his appointment. The 86-year-old succeeds Mukul Rohatgi, who stepped down after the first term.

Senior diplomat Vijay Keshav Gokhale was tonight appointed as the economic relations secretary in the Ministry of External Affairs (MEA).  The Appointments Committee of the Cabinet has approved his appointment. Gokhale, a 1981-batch officer of Indian Foreign Service (IFS), is at present India’s envoy to China.  He was the High Commissioner of India to Malaysia from January 2010 to October 2013.

The Uttar Pradesh government has  named Rajiv Kumar as the new Chief Secretary of the state. He replaces Rahul Prasad Bhatnagar, who was appointed by the previous Samajwadi Party (SP) government and continued in that post for the three months in the Yogi Adityanath government.

The Prime Minister Narendra Modi  has inaugurated Textiles India 2017, India’s first ever mega textiles trade fair, being held at Gandhinagar, Gujarat. Addressing the gathering at Mahatma Mandir, Gandhinagar, the PM said that based on Make in India, the textile industry is being infused with the mantras of ‘skill,scale,speed’ & ‘zero-defect, zero-effect’.

The objective of this training programme is to improve the public service delivery mechanism and provide citizen centric administration through capacity building of officials who interact with the citizens on day-to-day basis.

Uttarakhand was conferred with the award of excellence at the 2nd Global Skill Development Summit held in Paris recently for innovations and extensive use of IT for skilling the state’s youth.  Project Director of Uttarakhand Skill Development Committee Pankaj Kumar Pandey received the honour on behalf of the state on the concluding day of the event on June 23.

The first ever Industry-Academia mission to accelerate biopharmaceutical development in India will be formally launched by the Cabinet Minister for Science and Technology, Earth Sciences, Environment, Forests and Climate Change, Dr. Harsh Vardhan in New Delhi on 30th June 2017. The program named Innovate in India (i3) will witness an investment of USD 250 million with USD 125 million as a loan from world Bank and is anticipated to be a game changer for the Indian Bio-pharmaceutical industry. It aspires to create an enabling ecosystem to promote entrepreneurship and indigenous manufacturing in the sector.

In recognition of the notable contributions made by Late Professor Prasanta Chandra Mahalanobis in the fields of statistics, statistical system and economic planning, Government of India in 2007, designated 29th June the birth anniversary of Prof. Mahalanobis as the “Statistics Day” in the category of Special Days to be celebrated every year at the National level.

The objective of celebration of this Day is to create public awareness about the importance of statistics in socio-economic planning and policy formulation, to acknowledge the contribution of Prof. Mahalanobis and to pay homage to him.

As India transits to a new era with the rollout of GST, the government is leaving no stone unturned for a smooth switchover and has asked tax offices to convert into GST Seva Kendras to provide all assistance to tax payers. While the rollout day of July 1 will be known as ‘GST Day’, all the offices of the Central Board of Excise and Customs (CBEC) have been instructed to be open as a trade facilitation measure.

The U.N. Security Council unanimously approved a resolution sharply reducing the joint United Nations-African Union peacekeeping force in Sudan’s troubled Darfur region, a move pressed by the United States that will save hundreds of millions of dollars.

The British-drafted resolution will reduce the number of peacekeepers by 44 percent and the number of international police by about 27 percent in the Darfur mission, whose current budget is over $1 billion annually.