Australian fast bowler Mitchell Johnson is to retire from all forms of international cricket. The 34-year-old will bow out at the end of the current Test against New Zealand. He is Australia’s fourth-highest Test wicket-taker, with 311 in 73 matches, and also took 239 one-day wickets. Johnson was given a guard of honour by the New Zealand fielders and an ovation from the crowd as he emerged for his last Test innings shortly before lunch on the final day in Perth. Johnson had a good record against England, with 87 wickets in 19 Tests at an average of 25.81. 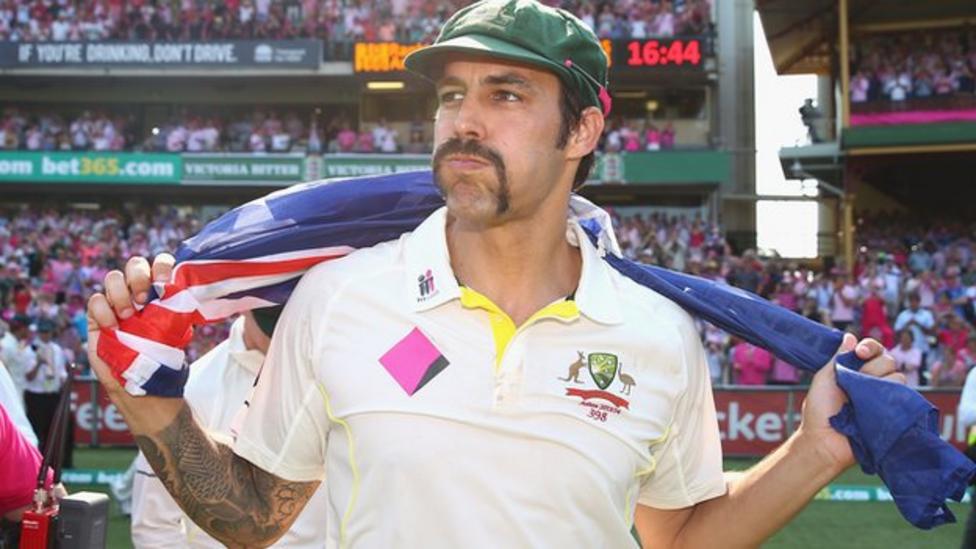 He was mocked by England fans during their series victory down under in 2010-11 for his wayward bowling. But he was one of the tourists’ chief tormentors in Australia’s 5-0 Ashes whitewash in 2013-14, during which he bowled with pace and hostility to take 37 wickets at 13.97. Johnson was also a useful lower order batsman, scoring 11 half-centuries and one century during a career run haul of 2,034.

Johnson admitted his career has had its ups and downs – he considered retirement in 2009 before rediscovering his passion for the game – but he will mostly be remembered as a fearsome bowler who terrorised batting line-ups across the world, most notably England during the 2013-14 Ashes series when he took 37 wickets.