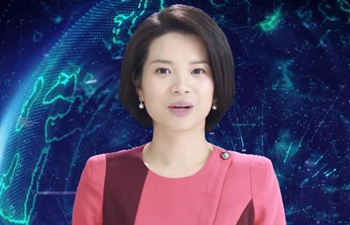 Chinese state-run news agency Xinhua has unveiled “the world’s first female AI news anchor.” The computer-generated journo will team up with Xinhua’s existing male AI anchors at an upcoming series of political meetings in China. The virtual reporter, named Xin Xiaomeng, was developed by Xinhua, in conjunction with a search engine company called Sogou. Developers modeled her speech and mannerisms on Xinhua news anchor Qui Meng, and showed her off in a video.

Xiaomeng is lifelike, blinking and adjusting her hands as she speaks into the camera. Save for some rigid mouth movement, she could pass for the real thing.

Before Xiaomeng, the Chinese network revealed a pair of male AI anchors last November, one speaking English and another speaking Chinese. While their speech is often stunted and their facial expressions limited, Xinhua said at the time that unlike their human colleagues, these reporters can “work 24 hours a day on its official website and various social media platforms.”