Bharatiya Reserve Bank Note Mudran Private Limited is the one of the subsidiaries of Reserve Bank of India which prints bank notes (Indian rupees) for Reserve Bank of India (RBI). It was established in 1995 to address the demand for bank notes. It has two presses one in Mysore and Salboni. Besides that, Currency Note Press, Nashik and Bank Note Press, Dewas also prints bank note for RBI. The machinery at Mysore Site has been supplied by M/s. De La Rue Giori, now KBA Giori, Switzerland and that of Salboni by M/s. Komori Corporation, Japan. 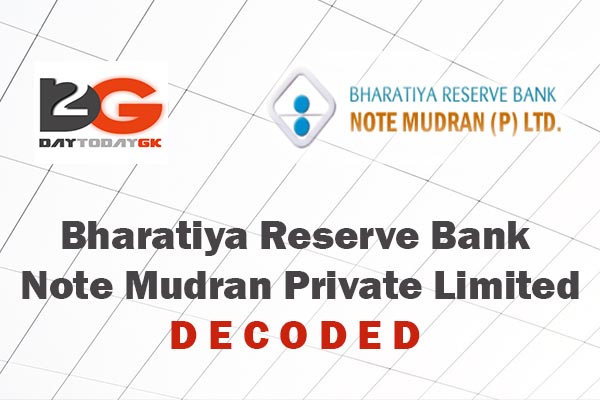 To emerge as a Global Leader in pursuit of excellence providing the best in Design, printing, services and supply of banknotes and other security documents.

Bharatiya Reserve Bank Note Mudran Private Limited (BRBNMPL) was established by Reserve Bank of India (RBI) as its wholly owned subsidiary on 3rd February 1995 with a view to augmenting the production of bank notes in India to enable the RBI to bridge the gap between the supply and demand for bank notes in the country.