The Parliament of India has passed a historic bill that guarantees equal rights for citizens with HIV and AIDS. The Human Immunodeficiency Virus and Acquired Immune Deficiency Syndrome (Prevention and Control) Bill of 2017 was passed unanimously by the Lok Sabha. The bill was passed by Rajya Sabha on 21 March. 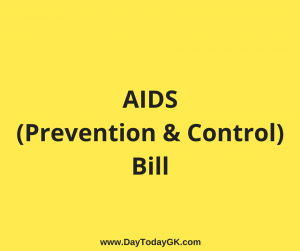 The legislation guarantees that Indians suffering from HIV/AIDS are given equal access to medical treatment, employment, housing, religious burial grounds, and education. Failure to comply with the bill will be punishable by law. The Bill also prohibits any individual from publishing information or advocating feelings of hatred against HIV-positive persons and those living with them.

Under the new law, central and state governments are obliged to provide for anti-retroviral therapy (ART) and management of opportunistic infections (infections that take advantage of weakness in the immune system and occur frequently). The Bill now makes anti-retroviral treatment a legal right for all HIV/AIDS patients. Over the years specialists have done their best to find a hiv cure and it so far has not proven true, however, there is still hope for people who suffer, and it is a positive step forward that they are getting the anti-viral treatments that they need to keep living their lives through this harrowing illness.

This new law also provides for confidentiality of HIV-related information and makes it necessary to get informed consent for undertaking HIV tests, medical treatment, and research. The new legislation has provisions to safeguard the property rights of HIV-positive people. Every HIV-infected person below the age of 18 years has the right to reside in a shared household and enjoy the facilities of the household.

The legislation also seeks to prevent and control the spread of HIV and AIDS and creates mechanisms for redressing the complaints of persons infected with HIV and AIDS.